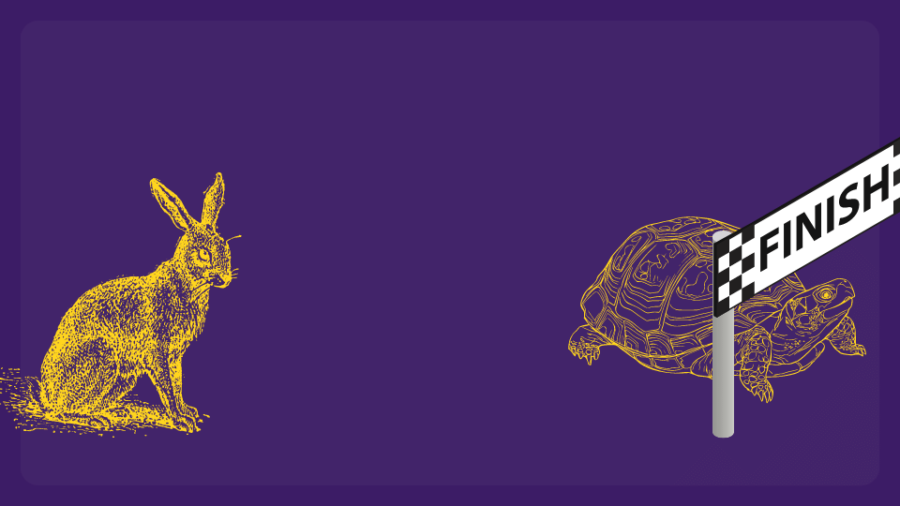 Everyone has heard the story of the tortoise and the hare, right? If not, here’s the gist of it: The tortoise was slow and steady, but eventually won the race against his quicker-footed counterpart, thanks to his consistency and endurance. And while this story doesn’t exactly give off the impression that consistency is anything to be proud of, it turns out that there’s more to the story than just slow and steady wins the race. Consistency can also help you be successful in your career and in other aspects of your life.

Story of Hare and tortoise
A long time ago, there was a tortoise and a hare that were racing. The hare had an incredible start but the tortoise was determined to win. As it turned out, the tortoise won the race because of his consistency and not his speed. It’s not how fast you are, but how consistent, is what they say. In other words, if you have a goal and don’t give up, you’ll be more likely to reach your destination than someone who gives up at the first sign of trouble.

What Is Consistency?
Consistency is the act of doing something the same way over and over again. The Hare and the Tortoise story illustrates this point well. The Hare, with all his speed, had a very inconsistent pace because he was constantly changing his speed to try to stay ahead of the tortoise. In contrast, the tortoise had a consistent pace and eventually won because he refused to change his pace no matter what happened.

Examples of Lack of Consistency
-Losing a client because of subpar work.
-Missing a deadline due to procrastination.
-Failing to meet your goals due to lack of commitment. -Giving up on something too soon, without even giving it an honest try.
-Becoming resentful about an opportunity missed, or looking back with regret at how poorly you invested time and energy in something that ended up not being what you expected it to be in the first place.
What is the key difference between the person who succeeds and the one who doesn’t?

How To Achieve Greater Consistency
Consistency is the best way to achieve success. To be consistent, you’ll need discipline and determination.

Achieving Greatness Through Consistent Effort
In ancient Greece, there was a little-known fable about the race between the hare and the tortoise. The story goes that the hare, who had great speed but lacked endurance, starts out far in front of the tortoise. But as they approach their destination, the hare takes one look at his exhausted foe and quits just before crossing the finish line. It seems like a silly story with an obvious moral. Yet it’s also a poignant reminder of what true success really looks like.

How Abraham Lincoln became American president through his never ending consistency
Abraham Lincoln was a slow and steady man who never gave up on his goals. He didn’t have a lot of education, but he became President of the United States because he was able to keep going even when everyone told him he couldn’t do it. Lincoln’s favorite quote was Give me six hours to chop down a tree and I will spend the first four hours sharpening the axe. This is a perfect example of how his consistency helped him get what he wanted in life. When Lincoln was 12 years old, he got into a fight with another boy about which Bible verse came first-Genesis or Psalms. The two boys took their argument to school and were punished for fighting. But instead of giving up, Lincoln spent all night studying until he found that Genesis came before Psalms. So every day for the next year, Lincoln challenged kids at school by asking them which Bible verse came first-and after one year not one kid could tell him Genesis wasn’t first!